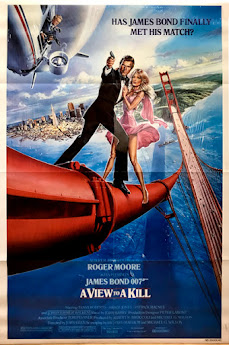 Sadly, Tanya Roberts has died. Her portrayal of a seismologist in the 1985 James Bond movie "A View to a Kill" inspired a generation of young women and men to become geoscientists. At least that's the way I would like to remember her.
Posted by Dr Mike at Otago at 11:57 AM 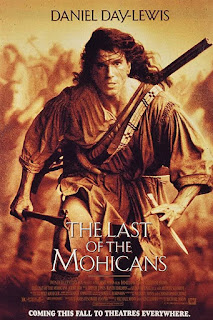 Fantastic geologic scenery from the Southern Appalachians (see www.movie-locations.com/movies/I/Last-of-The-Mohicans.php) enhanced by a superb performance from Wes Studi and Russell Means - a real American hero. The final chase takes place to "The Promontory" by Trevor Jones - see https://www.youtube.com/watch?v=q8ZisDHg6v0.
Posted by Dr Mike at Otago at 12:14 AM

Best geology line in a movie 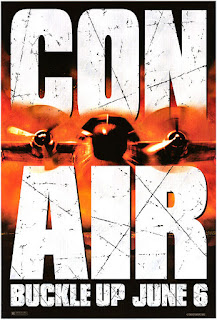 2012: The number of reasons this movie stinks

After a loooooong break, I'm back to finish off my critique of 2012. Suffice to say, it is one of the worst disaster movies ever made and, yet, it has some redeeming value. Most importantly is having Chiwetel Ejiofor play the geophysicist who discovers that neutrinos from the Sun are heating Earth's core and...well you know, death and destruction follow. Portrayal of geoscientists in films is something I take very seriously here at Reel Geology. Ejiofor transcends the material and Roland Emmerich's over-the-top direction. Unfortunately, in real life the geosciences suffer from massive "under-diversity". Hopefully his performance will help to correct this.

Another interesting aspect of 2012 is that there have been previous theories of Earth expansion. One of the early supporters of continental drift, S. Warren Carey of Australia, later switched to be a proponent of an expanding Earth (see en.wikipedia.org/wiki/Expanding_Earth). I had the privilege of attending a series of lectures by Carey when I was in grad school at an esteemed university in the 1980s. I say this because the experience demonstrated beyond any doubt the depths to which academic institutions will sink in the quest to secure money from alumni. On the other hand, that same university awarded a degree to George H. W. Bush so it was nothing new.
Posted by Dr Mike at Otago at 4:58 PM

Always take your rock hammer with you no matter where you go! That's the take home message from "The Shawshank Redemption". Great attention to geologic detail throughout this morality tale - rock names are used accurately and that piece of obsidian that Morgan Freeman finds is the real thing.
Posted by Dr Mike at Otago at 1:31 PM

Don't Take it for (Cary) Granite! 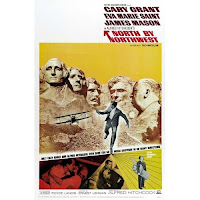 "North by Northwest" is one of director Hitchcock's best and in no small part because of the dramatic ending set atop the Mount Rushmore monument carved into Harney Peak Granite. Denied access to the real thing, the moviemaker had to resort to a Hollywood soundstage with huge background images and cliffs of concrete. Check out the aplite and pegmatite dikes that cross-cut the faces of the presidents!
Posted by Dr Mike at Otago at 3:29 PM

Worst Movie of the 00s...with Geology

"The Day After Tomorrow" has to be one of the worst sci-fi flicks of all time. One of the heros falls through a snow covered roof of a shopping mall in New Jersey! The only saving grace is a short scene that shows a TV broadcast of illegal aliens escaping across the Rio Grande from Texas into Mexico. Is this the future???
Posted by Dr Mike at Otago at 11:37 PM
Older Posts Home
Subscribe to: Posts (Atom)

Dr Mike at Otago
I grew up in the western US where I caught the geology bug. After grad school on the east coast and post-docs in California and Australia, I got lucky and landed a university position in New Zealand. I miss baseball.

Though the images presented on this page may be subject to copyright, I feel they are covered by the U.S. fair use laws because:

they are low resolution copies of film posters,
they contribute to the articles significantly,
they do not limit the copyright owner's ability to sell copies of the films in any way, and
no free equivalents are readily available at this time.